At any rate, Liam #6 is drafted and…I’m not going to publish it here.* Because tenterhooks and book. Which it begins to seem plausible might be completed before the equinox. There may be eight chapters rather than the seven originally projected and listed and titled back in February 2010, but that’s a dilemma for a different day. After I get some of these clamoring you-have-other-responsibilities-AX! monkeys off my back.

Meanwhile, some of you (you know who you are, for the most part) are encouraged to request a *.doc or *.rtf copy of “…and the Pornographer” as it now stands, whether out of simple curiosity or to tell me in no uncertain terms where I went wrong. 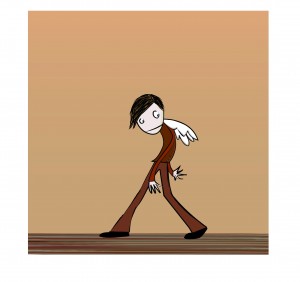 Oh, and also? Three! Goddamn! Stories! finished this year, before the end of February. Compare three total in all of 2013.