This is rather sudden. Twenty years after it was written, my second full-length novel, Deprivation; or, Benedetto furioso: an oneiromancy, is to be published.

Second in publication order, following Safe as Houses. Second in order of completion as well, following an enormous botch of a science-fiction novel of which we will not speak. Deprivation was written in 1992-93, between drafts of Safe as Houses, which took a very long time to find its proper shape. Also between cities: the handwritten manuscript beginnings were composed on board the MBTA commuter train between Providence, RI, and Boston.

Second also in my affections, if for many years first. (The Unexpected Thing has overtaken it.) It was a joy to write and remains a joy to reread. It will be a significant joy to hold it in my hands. In February of next year. 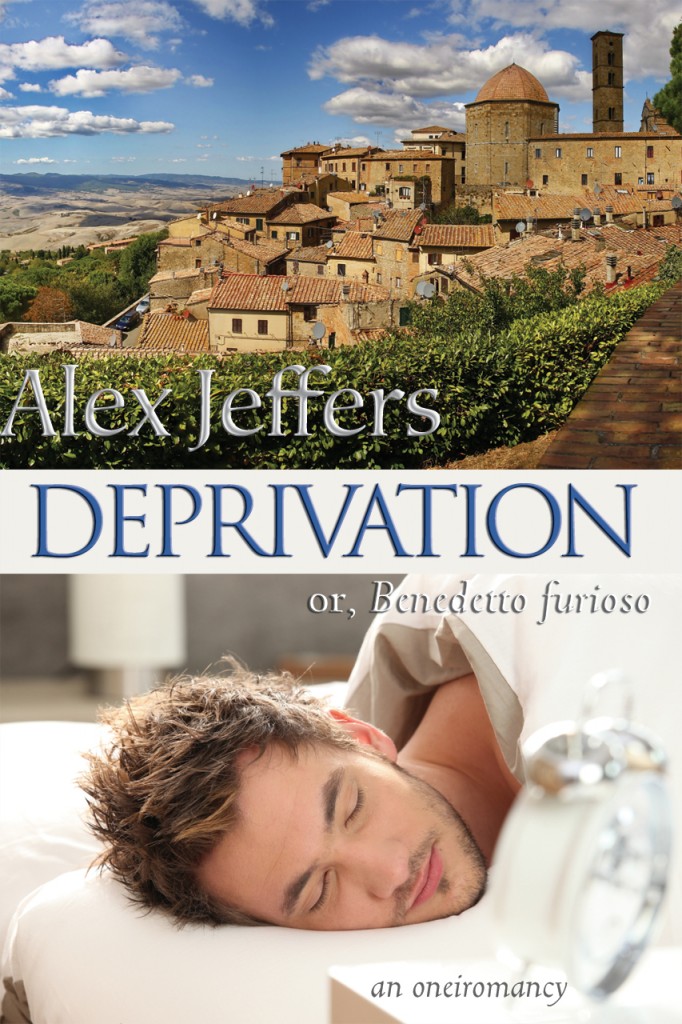 Congratulations on the forthcoming book. Looking forward to seeing it in print and reading it!

I can’t wait to add this to my collection of works by Alex Jeffers! Congratulations!