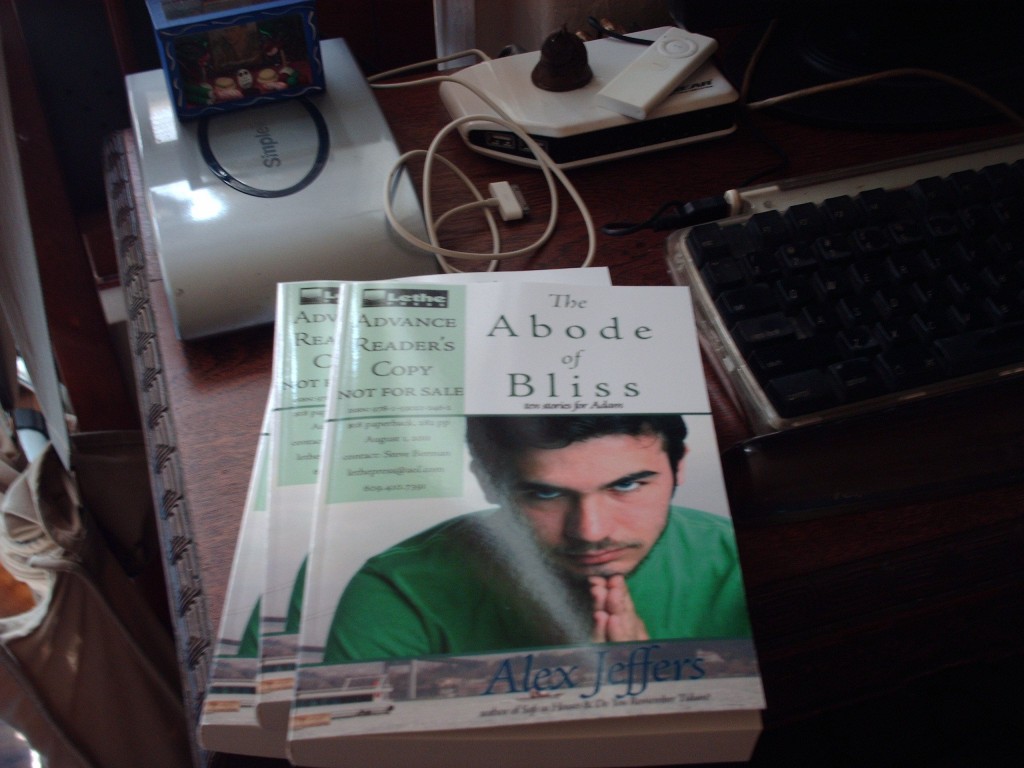 Multiple Lambda Award-winning writer Michael Thomas Ford—most notorious, perhaps, for the essay collection Alec Baldwin Doesn’t Love Me and its sequels and the multi-volume Jane Austen-as-vampire spectacular commencing with Jane Bites Back, but treasured as well for many other books of fiction and non-fiction for adults and young people—has this to say about The Abode of Bliss:

Waiting fifteen years to read something new from Alex Jeffers was well worth it. This collection is a treasure chest of perfectly-polished gems, each one radiating an inner beauty brought out by evocative prose, rich characterizations, and a strong sense of place. A rare treat indeed, it is over all too soon and leaves you longing for more.

Can anybody see how hard I’m blushing? 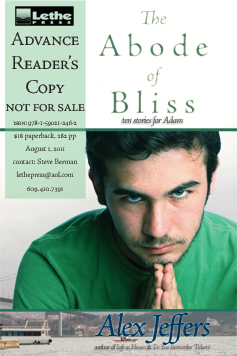 Advance Reader’s Copies (ARCs) of Abode are beginning to be distributed. Maybe I’ll hold a competition to give one away to an adoring fan? Don’t all comment at once!

M-Brane SF Quarterly #2, the print compendium of issues 22 (November 2010), 23 (December), and 24 (January 2011) of the e-zine M-Brane SF, is now available, featuring some additional material not seen in the monthly e-issues. Now you can own your very own hard copy of my short science-fiction story “The Arab’s Prayer” from 24.

Elisa Rolle, a major opinion setter in the fascinating and occasionally terrifying (to gay male writers) world of M/M fiction, has posted a flattering (if slightly bewildered) review of Do You Remember Tulum?, for which I am grateful.

Those blushes may actually be fever. I have a miserable cold and must go back to bed with a posset or something. Whiskey, maybe.

I have added an entry for The Abode of Bliss on the books page as well as giving it its own page. My efficient WordPress guru added a thumbnail ikon in the visual-navigation column on the left of the front page.

Additionally, a few new books have been added to the designs pages since the last time I had anything to say about them: Blame It on the Raging Hormones by Nathan Goh; The March by Walter Holland; Prodigal: Variations by Ed Madden; and Mere Mortals by Erastes. Coming soon: When the de la Cruz Family Danced by Donna Miscolta (awaiting a high-res version of the cover design); Slant by Timothy Wang (awaiting author approval and final design adjustments); Promises, Promises (a scandalous and delicious romp of a lesbian fairy tale) by L-J Baker (awaiting cover illustration); Coast to Coast by François L’Érotique (awaiting interior illustrations); a new edition of Wakefield Poole’s Dirty Poole, updated to tie in with the forthcoming movie about the legendary director of Boys in the Sand (awaiting interior photos and cover image).

Jesse Bullington, author of The Sad Tale of the Brothers Grossbart and The Enterprise of Death, has written a perceptive and complimentary review of Livia Llewellyn’s Engines of Desire for on-line ’zine Innsmouth Free Press. I’m particularly chuffed that Jesse begins his review with a shout-out to the fantastic imagery of cover photographer Katharina Fösel and to my interior design. Engines is about my favorite of the books I’ve produced in the last six months—vicious, haunting, erotic,  beautifully written—even though I’m not ordinarily a fan of horror stories. I urge you to buy it yourself or petition your local public library to add it to the collection. 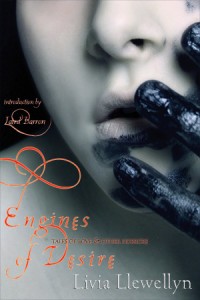 It has been confirmed. This coming August, Lethe Press will issue The Abode of Bliss: ten stories for Adam, a book I wrote a very long time ago. The back-cover précis:

Explaining himself to himself and to the man he loves, Ziya tells Adam the stories of his life:

Intricate as Ottoman miniatures, Ziya’s stories reveal a world unsuspected: the world we live in.

Four of the ten stories have been published previously: “The World of Men”  in 1996; “The Strait” in 1998; “Kindness” in 1999; “Ramazan in the Gardens of Paradise” in 2002. PDF copies are available for download on the stories page. Cover and interior samples to be posted when finalized.

At some point, I will get back to work on The Gate of Felicity: ten stories for Ziya, the companion volume.

This time with real writing!

Last fall my friend Steve Berman sold an anthology idea to the good people at Bold Strokes Books. Speaking Out would collect new stories of YA GLBTQ pride. He asked me to write one of them. Specifically, he said, “Write me a story about a gay Muslim at an American high school.”

So I did! In less than a week! 5400 words about a deeply closeted Turkish-American soccer goalkeeper and the circumstances that lead him to come out to his straight best friend. Some of my writing buddies (who know nothing about soccer and care less) really liked “A Shot on Goal.”

When I sent it to Steve, unfortunately, it turned out that the “deeply closeted” part was deeply problematic for the book he had in mind. My character was too conflicted to be proud of himself. Steve and I went ’round and ’round a bit until I got irritated by his utopian leanings and said, rather dogmatically, that the kinds of characters he was looking for were kids I could admire and sympathize with, sure, but not empathize or identify with, so I expected I couldn’t write a story to fit his brief and didn’t wish to try.

Come 23 February. Steve’s deadline to turn in the manuscript of Speaking Out is barrelling down—book needs to be finished by 28 February and he still has holes. Still irritated—I thought “A Shot on Goal” was a great story and I wasn’t likely to sell it anywhere else—I told him again, no go. Not from me.

Then I tried to take a nap. Hadn’t slept for thirty hours. Now, I’m an heroic insomniac if it’s dark outside but put me in bed during daylight and bang! Last Wednesday excepted. Steve’s problem and my intransigence are rattling around. What if…? What if…? What if the catalytic event during the soccer match in “A Shot on Goal” went slightly differently?

New story—in two and half days! “Captain of the World.” 6700 words. Shares eight or ten paragraphs, some stray other sentences, and the basic set up with “A Shot on Goal” and the characters have the same names. But it’s a different story (more soccer! yay!) with different aims, and after a few tiny changes this one met with Steve’s approval.

The inimitable and astonishing Sandra McDonald, author of the luscious collection Diana Comet and Other Improbable Tales, the science-fiction trilogy commencing with The Outback Stars, and a couple of other wonderful books I shouldn’t talk about because they’re issued under false names, has provided a lovely blurb for The New People.

Ah-hah, not really. Bit of a slump coinciding with a great deal of copyediting and design work and, this week, the rhinovirus from hell.

BUT. Last week I saw a nearly final proof of The New People and it seems plausible M-Brane Double #1 will hit the presses next month.

AND. A year and a half or so ago, I wrote a longish story about whirling dervishes (caution: music on autoplay) and Rumi and a young Turkish hustler, “Like Spinning Stars, Like Flowers.” I intended to enter it in a short fiction competition sponsored by the Saints and Sinners Literary Festival in New Orleans but, in a moment of crashing idiocy, blew the deadline. A year later I managed not to miss the second iteration’s deadline, and today comes word that “Spinning Stars” is one of fourteen finalists, along with stories by a few names I recognize. They’re being coy about when they’ll announce the final results, chosen by the author of Midnight in the Garden of Good and Evil, John Berendt, but one assumes it will be before 12 May when the Festival launches an anthology containing winner and (some? all?) finalists. 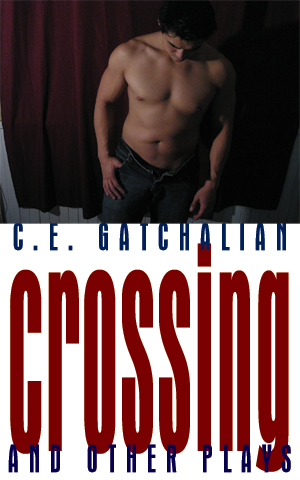 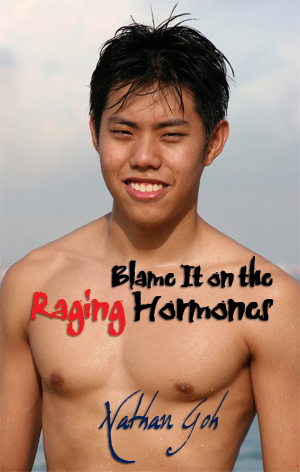 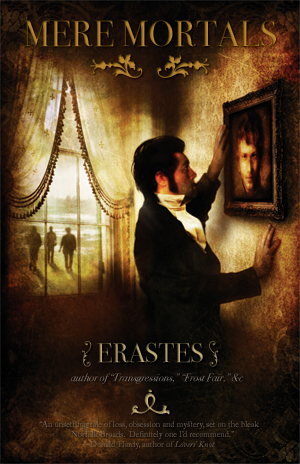 M-Brane SF #24 has been released. Celebrating two years of his scrappy little ’zine, editor/publisher/impresario/maniac Chris Fletcher offers the PDF edition for free. So go get it, read my story “The Arab’s Prayer,” and then show Chris some love: a year’s subscription to M-Brane SF is only $12.00. 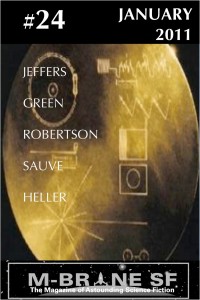